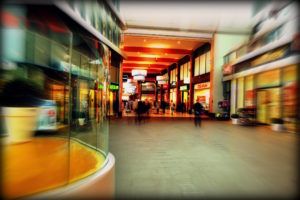 Have you been charged with shoplifting or stealing?  Are you unsure of what will happen next?  If the answer is yes to either one of these questions you need to speak to a Toronto Theft Lawyer.  You could be facing fines, possible jail times and a criminal record.  Michael P. Juskey has extensive experience defending shoplifting and theft charges.  If you are a first offender and the quantum of the alleged theft is minimal, you can probably represent yourself in court and obtain what is called, “Diversion”.  Diversion is an alternative to standard criminal procedure and results in the charge(s) being withdrawn against the accused following the successful completion of several prerequisites (apology letter, restitution, theft counseling).  Give us a call if you or a loved one have been charged with theft, we’re here to help.

Theft Under $5,000 is one of the most commonly laid charges under the Criminal Code of Canada.  The charge is frequently laid in the retail shoplifting context.  Theft charges are also commonly laid in domestic disputes as well as employer-employee situations.  Our firm has successfully defended hundreds of criminal cases and we have a proven track record of getting theft charges withdrawn.

Mike is a consummate professional that can tackle any criminal law matter with a strong legal acumen.  I would recommend MPJ Law for anyone that needs a criminal lawyer in Toronto and the surrounding area.
– L.F. 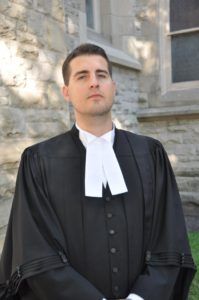 R v A.D.
My client was arrested and charged for allegedly stealing approximately $13,000 worth of merchandise from his employer.  After many months of resolution discussions with the crown, his charges of Theft Over $5,000 and Breach of Trust were eventually withdrawn.  No jail.  No criminal record.

R v J.A.
J.A.’s criminal charges of Theft Under $5,000 and Possession of Property Obtained by Crime were withdrawn at the 1000 Finch Avenue West courthouse. No criminal record.

R v J.S.
My client was charged with Theft Under $5,000 in relation to an alleged theft throughout the course of her employment (breach of trust). J.S. maintained her innocence from the very beginning. Given the quantum of the alleged theft as well as the fact that it was a breach of trust, the crown was reluctant to withdrawn the charge throughout the course of resolution discussions. A trial date was set. On the morning of trial I met with the crown and persuaded him that the evidence was weak. Accordingly, the charge was withdrawn as there was no reasonable prospect of conviction. No criminal record.

Michael P. Juskey is experienced in defending shoplifting charges and can help guide you through the court process to ensure your rights and way of life are protected.  If you or a friend are looking for a Toronto Theft Lawyer, click here.